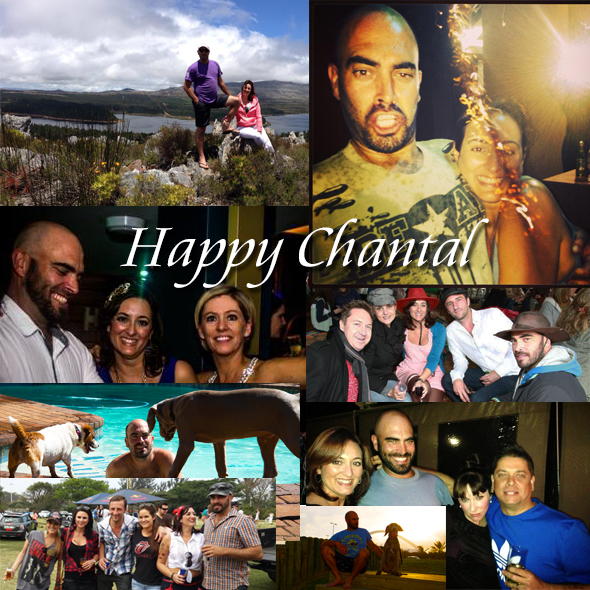 The last six months have been the most incredible and the most devastating of my life. I guess the universe figures if it’s going to give you a lot of bitter loss to swallow, it better give you something incredibly sweet to chase it down with and that’s my bearded one!

So many people in my life thought I’d be single forever, no one could understand why I was … People theorized of course, “she’s too fussy”, “she’s hung up on her exes”, “she’s too busy building her business”, “the women in her family are cursed in love” … Yup I heard it all, smiled and waved, and kept saying, “I just haven’t met the right person yet”. Now I can simply say to you all … I told you so! This is who I have waited for all these years. This is happiness!

So, it wouldn’t be a good love story if it didn’t have a quirky beginning … our love story started around October 2012 when I first met this man out drinking with buddies … He was quite simply odd in my mind! He starred intensely at my friend Duffy and I, smiled occasionally, and didn’t say much! We ended up jolling until the early hours with him and his hilarious mate Griff (who Duffy and I affectionately dubbed “Red”) and all eventually wobbled home. A couple of days later he called me, my heart stopped, it had been years since a guy had called me after meeting out drinking, he had got my number from our mutual friend Johann and had called … To ask for Duffy’s number! LOL! And so began our friendship!

Johann, my bearded one and I became the three musketeers … We spent way too much time at Billy The Bums drinking until the early hours and laughing … There was so much laughter! A few months later around March 2013, my mom was diagnosed with Pancreatic Cancer. Those nights out laughing and drinking were my lifeline during a time when my days were so so dark. It seemed like every doctors visit just brought more bad news. And being the strong one in my family, a lot of it rested on my shoulders. Having to tell my brother and my gran my mom’s diagnosis and prognosis was the most unbelievably terrible thing to have to do! I craved those nights of laughter like a junkie!

One night, around May or June 2013 sometime, I suddenly looked at this man and realized, “oh crap! I actually really like this man!”. Of course, he’s about as good as I am at noticing that a chick is into him (those that know me, know I’m bloody useless at picking up when someone is into me!). So we kept jolling and drinking … And I attempted flirting! In July 2013 I was at a friends wedding, I danced the night away with the girls and got a lot of attention from a young guy at the wedding, and rather uncharacteristically for me, decided to take him home. We got as far as kissing in my bedroom and I had an epiphany … I didn’t want to be kissing this oke in my bedroom, I wanted it to be my bearded one! So the poor oke got rather unceremoniously booted out! And I wondered if my bearded one would ever make a move!

My mom’s condition was getting worse and worse, and my laughter filled lifeline nights out continued with Johann and Vince. The wonderful thing about having guys as friends during times like those is that they don’t want to wallow and talk, they ask how things are going, you tell them, then they say “ok, shit! Well let’s drink!”! And that was what I really needed, a light hearted escape from reality.

Finally, in August, we were out jolling as usual … Duffy was down from Jhb for the weekend, and we were having a great night. We all went down to Tokyo to dance and Red (who we hadn’t seen out for a while) asked me if I liked Vince. Like DUH, a blind, deaf mute could see I liked him, the only one not seeing it, or not acting on it was my bearded one! On the way to Tokyo in the car with Duffy and our good friends Gareth and Luc, I’d actually said, “This is it, I’ve given him every opportunity and signal, if it doesn’t happen tonight, I have to move on and find someone else!”.

Thankfully, after some flirtatious dancing, my bearded one was getting closer and closer and eventually I asked exasperatedly, “Vince, are you EVER going to kiss me?!”. Finally he did!

What I thought would be a fling at best, has become something so much more! The laughter hasn’t stopped, but love has taken root too.

A month and a half later, my mom died. That month and a half was crazy, I’d spend days with her and nights with my bearded one. I honestly don’t think I’d have been able to get through that time without coming home to a hot bath, red wine, chocolate and my bearded one. The day she died, he and my friend Hilda were there with me and my family at my moms place, just being there for us as we encouraged her to let go. When she finally did, he just held me while I cried quietly and told me what a strong woman he thought I was.

This humble man is incredible! People really don’t see him. They definitely underestimate him. But he really doesn’t care. I see him.

Today we’ve been together 6 months! Just looking at him makes my heart want to explode with love! How did I ever get this lucky? Thank you universe for connecting these two dots! It was well worth the wait!